I'd like to emphasize the phrase "SOMEWHERE ELSE" because it did not come from a man nor a woman but rather from something beyond humanity's collective consciousness. Some people call it an energy, others call it gods and goddesses, cosmos, source, etc.


However you wanna call it, let me tell you that it's actually "The Power" who's calling upon you.

Sometimes, you may wonder, "Is life a big puzzle that we need to solve?" Apparently, it is.

Every day is an opportunity to find bits and pieces of the conundrum that always seem to be impossible to crack, like unintelligible codes only computer programmers can decipher!

Well, if you were paying attention, you must have known that I already gave my readers a taste of it. Have you read THIS?

It changed millions of lives around the world. It certainly changed mine and I've been sharing this knowledge with my closest friends and family members ever since.

Now, it's your turn to receive it.

"It's a knowledge that has been passed on through centuries but has been known by very few people throughout history." – Rhonda Byrne

This is the reason why my wish [a wild, crazy, ambitious, im-possible, corny idea, or whatever you wanna call it] is no longer far from reality.
It's a mental image of a proud, progressive, and prosperous Philippines that, all of sudden, became possible in my mind. You can see it too, right? It gave me such clarity and understanding of what I'm meant to be, do or have in my life.

They know something that most people don't.

At first, it looked very simple and actually kind of cliche that I dismissed it as a nuisance that would just complicate my already disorderly life.

I finished watching the video after several days because I got bored just after 2 minutes of watching the intro when I got home that day.

Guess what, I was like a curious child asking my boss questions about it after fully understanding what it meant! Totoo ba talaga 'yun? Nangyari na ba sa kanya? Sino pa ang mga kilalang tao na nakakalam nito? Of course, he didn't tell me substantial information and just told me to fuck off and research it myself! Lol! 😅😁

That's when I found out about the secret and printed out not just one but a couple of pictures, and posted not only on my journal but on my workstation too! INTENSE di ba?! Lols! 😅😁

The picture on the sales journal thingy is a mini-version of "The Vision Board". You probably have heard Oprah and other big-time celebrities talking about the vision board and other aspects of "The Secret" but they're really not giving the details. And that's for a reason.

Well, we're different from Americans. We care, support and lift each other up, right? I have Indian friends here in UAE and on my first week of work [I've been part of three companies here], they would say the same thing when I bring the pictures in the office and post them where I can see them: "Oh nice brother. You know the secret eh." 😅

They are saying that there's a lot of people in their country who knows and practices its teachings. Kaya dapat tayo din, i-share ito sa mga kabayan!

I still have most of those laminated pictures on my wall wherever I go [in the office, in different flats that I've been to, in my bag]. Itinatago ko na kasi ang isang picture when I already achieve the goal that it represents kagaya nung sa house & lot, PS4, pati awards. Let me show you the ones that are left from 2015 to present ['wag nyo na pansinin yung resibo sa kanan, I save copies of my receipts kasi hehe 😅😁]: 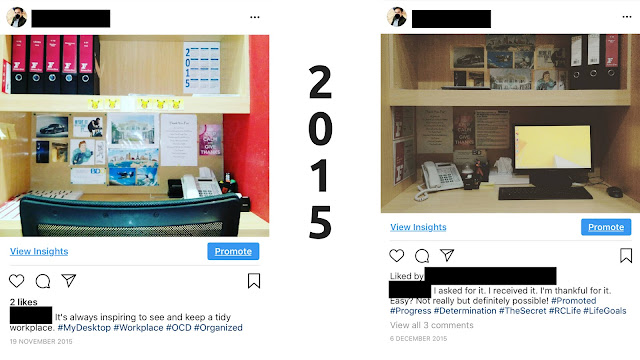 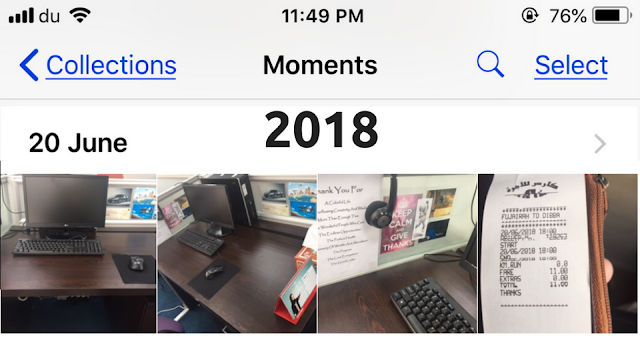 I tried applying its principles and these happened: 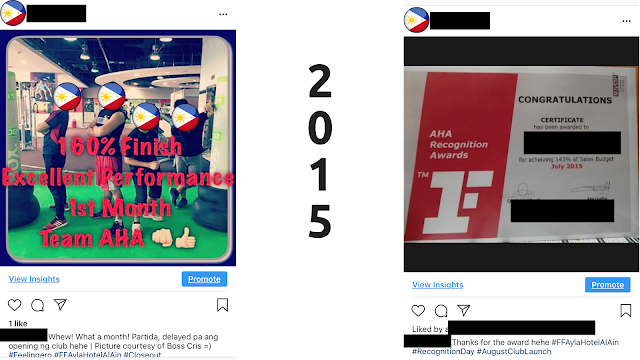 Ang laki ng commission ko d'yan! There are actually more blessings that came after knowing about "The Secret" but they're too many to mention hehe 😁

We tend to forget the simple lessons that we've learned as time goes by. The knowledge of the secret and the power were no different. Although I was successful in integrating some of the teachings in my life [like trying to see the goodness in people, acknowledging negative emotions but moving on as quickly as possible, imagining my future self, etc.], I still have lots to do to really embrace all of it.

Now that I just resigned from my last company, it feels like I'm starting over again in using its principles. I'm starting from ZERO.

I slack off, procrastinate, watch movies most of the time [and I have a lot of time!], oversleep, overeat, and all of the things a bum would do every day. The only thing that I'm proud of not having is the SCROLL-UP-SCROLL-DOWN SYNDROME that most people I know are suffering from.

So, I listened to Rhonda once again after a long time. It's just here in my computer anyway.
And then, it struck me! I was too busy thinking that I don't have a job, like almost fixating on the idea that I forgot the ancient principles that I've learned in the past.

That's when I started writing again and created this blog.

When Kunal Desai shared his humble beginnings and said that it took him years to really trade for a living, I knew that it would also take time before I can be a profitable trader myself. And it would take longer than most people if I will not straighten myself up.

So, I guess most of us must feel the same way, facing the same challenges in conditioning ourselves to be more productive and disciplined. We'd probably need this to survive and be successful in this field.

For those who requested for the trading journal template that I prepared, napansin ninyo po ba na ang laman ay puro activities na may kinalaman sa tinatawag nilang "Intangibles"? The main reason for that is for we to really harness possibilities of "The Power." But that's another story. I'll write a blog soon to explain that further.

I won't tell you about the secret because you need to look for it yourselves. What I will share is "The Power."

I was planning to share this sooner but I really wanted to reach more kabayans before doing so para mas marami makinabang. But since my blog is back, I just couldn't wait any longer!

I'm so excited for you mga kabayans! 😁
And by the way, please share this to as many kabayans as possible! PLEASE!

Whenever you're ready... just click HERE.
[This plays faster on laptop or desktop computers than on mobile devices.] 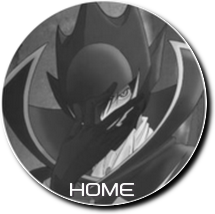